A Yates County man admitted to forging inspection reports for critical products that were used by a major aerospace business.

James Smalley, 42, of Penn Yan pleaded guilty Wednesday to falsifying inspection reports for space parts. The charge carries a maximum penalty of 15 years in prison and a $500,000 fine, prosecutors said.

While working as a quality assurance engineer at PMI Industries in Gates, Smalley forged the signature of an inspector on reports for products that were sold to California-based SpaceX.

“With space representing our nation’s next frontier, my office will remain vigilant to ensure that American ingenuity does not fall victim to indolence,” U.S. Attorney James P. Kennedy Jr. said in a statement. “Failure to comply with quality control measures undermines the integrity of essential equipment and technology.” 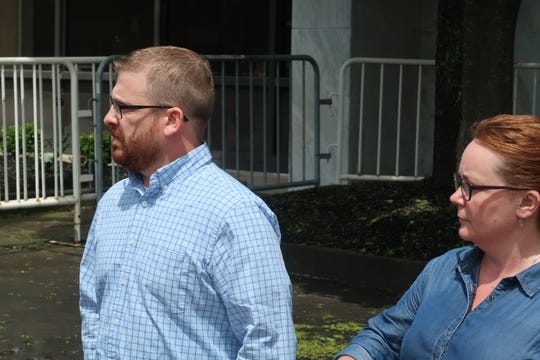 James Smalley, left, walks out of U.S. District Court in Rochester Thursday after making his initial appearance. (Photo: Will Cleveland/Rochester Democrat and Chronicle)

On Feb. 16, 2018, the NASA Launch Services Program alerted the agency’s Office of the Inspector General and Kennedy Space Center Resident Agency about falsified inspection reports and false certifications created by PMI. Some of the false inspection reports and certifications were related to space launch vehicle components that were slated to be used for the upcoming Transiting Exoplanet Survey Satellite mission. It launched from a SpaceX Falcon 9 rocket on April 18, 2018.

PMI made structural rocket parts, according to the criminal complaint. That includes the nose cone fairing, which is a “fracture-critical part,” and if this part were to malfunction, “it could result in catastrophic failure of the mission,” the complaint said.

Smalley falsified 38 inspection reports for parts purchased by SpaceX for the manufacturing of the Falcon 9 and Falcon Heavy series of space vehicles.

And at least 76 individual parts had falsified inspection reports, were never inspected, and then were shipped to SpaceX. 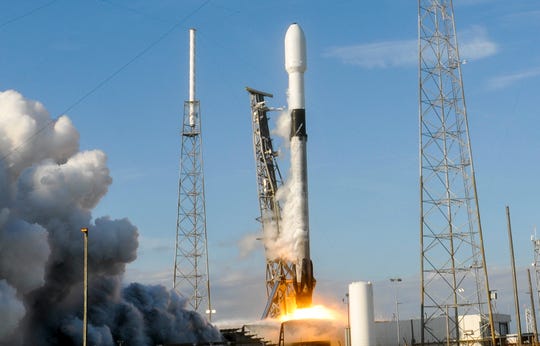 Smalley started working at PMI on March 6, 2017. One of Smalley’s bosses said Smalley was hired to oversee quality operations and instructed to be a document control manager, the person responsible for overseeing audits. This was required by all parts manufactured for SpaceX, the complaint said. SpaceX’s subcontractor “physically examined the products and certified all processes were properly conducted,” the complaint continued.

He worked specifically on contracts for SpaceX, which has produced the Falcon launch vehicle series and the Dragon spacecraft line. Both deliver payloads into orbit for NASA, the Air Force, other government agencies and some private companies.

In January 2018, an internal audit by SQA, which was ordered by SpaceX, found a number of instances of falsified source inspection reports and non-destructive testing certifications from PMI for Falcon 9 and Falcon Heavy flight critical parts, the criminal complaint alleges.

Get the Daily Briefing newsletter in your inbox.

Start your day with the morning’s top news

Representatives from SpaceX then told PMI of the issues.

When one of his bosses asked him why he did this, Smalley said that “he wanted to ship more product for the company,” the complaint said.

SpaceX then ended its partnership with PMI and PMI subsequently closed. PMI averaged $200,000 per month in SpaceX business. That resulted in 35 people losing their jobs, the complaint said.

Smalley is scheduled to be sentenced at 2 p.m. May 13 by U.S. District Judge Elizabeth A. Wolford.